Notes On Love: A Conversation with Xiaolu Guo.

Xiaolu Guo 郭小櫓 is a British-Chinese novelist, memoirist and filmmaker. She was born in China in 1973 and received a Master’s Degree in Art from the Beijing Film Academy. In 2003 she studied at the National Film & TV School in the UK. Xiaolu has published several novels, short story collections and two memoirs with Penguin Random House. Her most recent publication is the novel “A Lover's Discourse” (2020) which was shortlisted for the Goldsmiths Prize 2020. She also directed a dozen films including “UFO in Her Eyes” (2010), and “She, A Chinese” (2009) and had her film retrospectives around the world. She is a fellow of the Royal Society of Literature and currently the Samuel Fischer guest professor for Literature at Freie Universität Berlin.

Divya Ghelani is a British writer who holds an MA in Creative Writing from the University of East Anglia and an MPhil in Literary Studies from the University of Hong Kong. She has published articles/short stories in Wasafiri, BareLit, BBC Radio 4, Litro, Comma Press, and more. Her novel in progress has been longlisted and shortlisted for four literary awards. Divya lives in Berlin where she leads a BIPOC Reading Series for The Reader Berlin and co-hosts a short story club for the UK’s leading literary salon, the Word Factory. 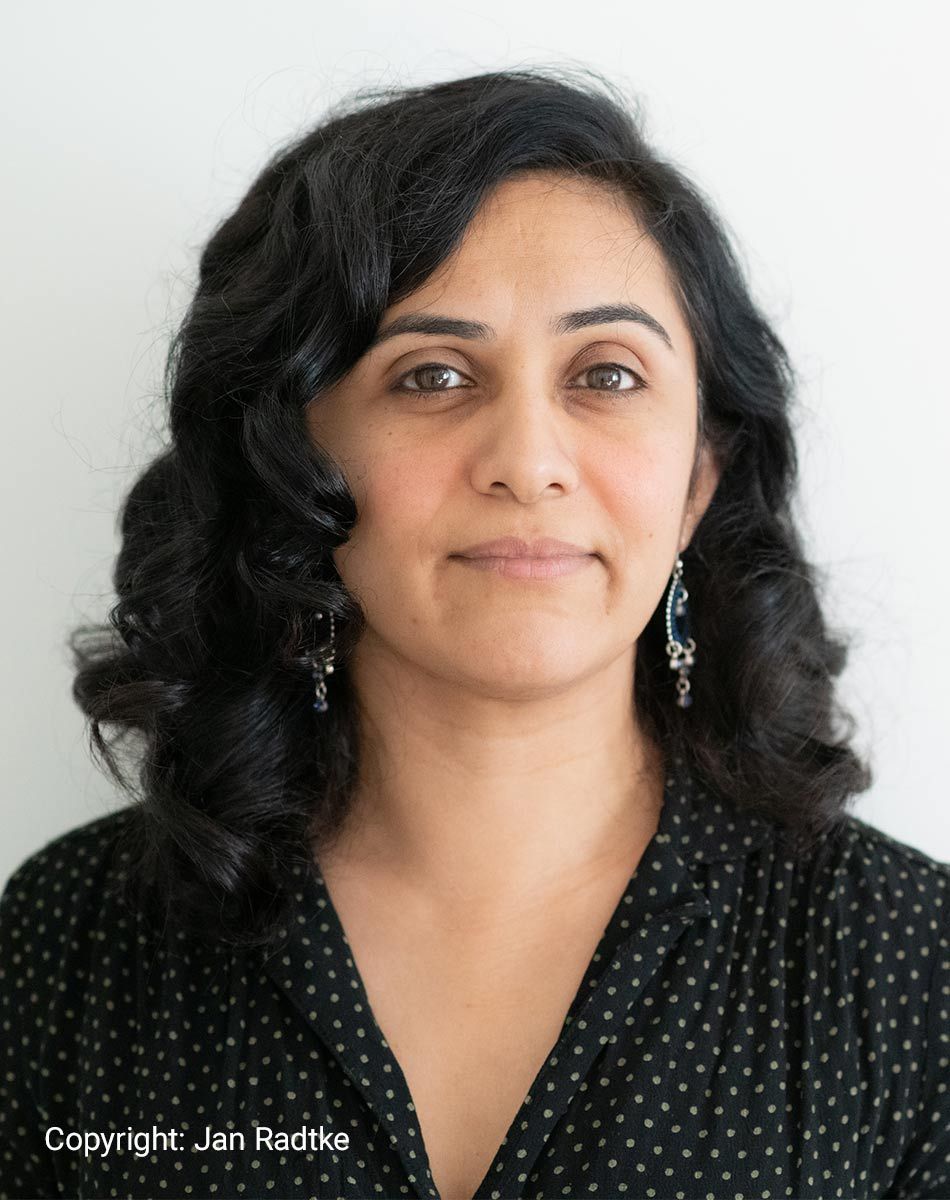 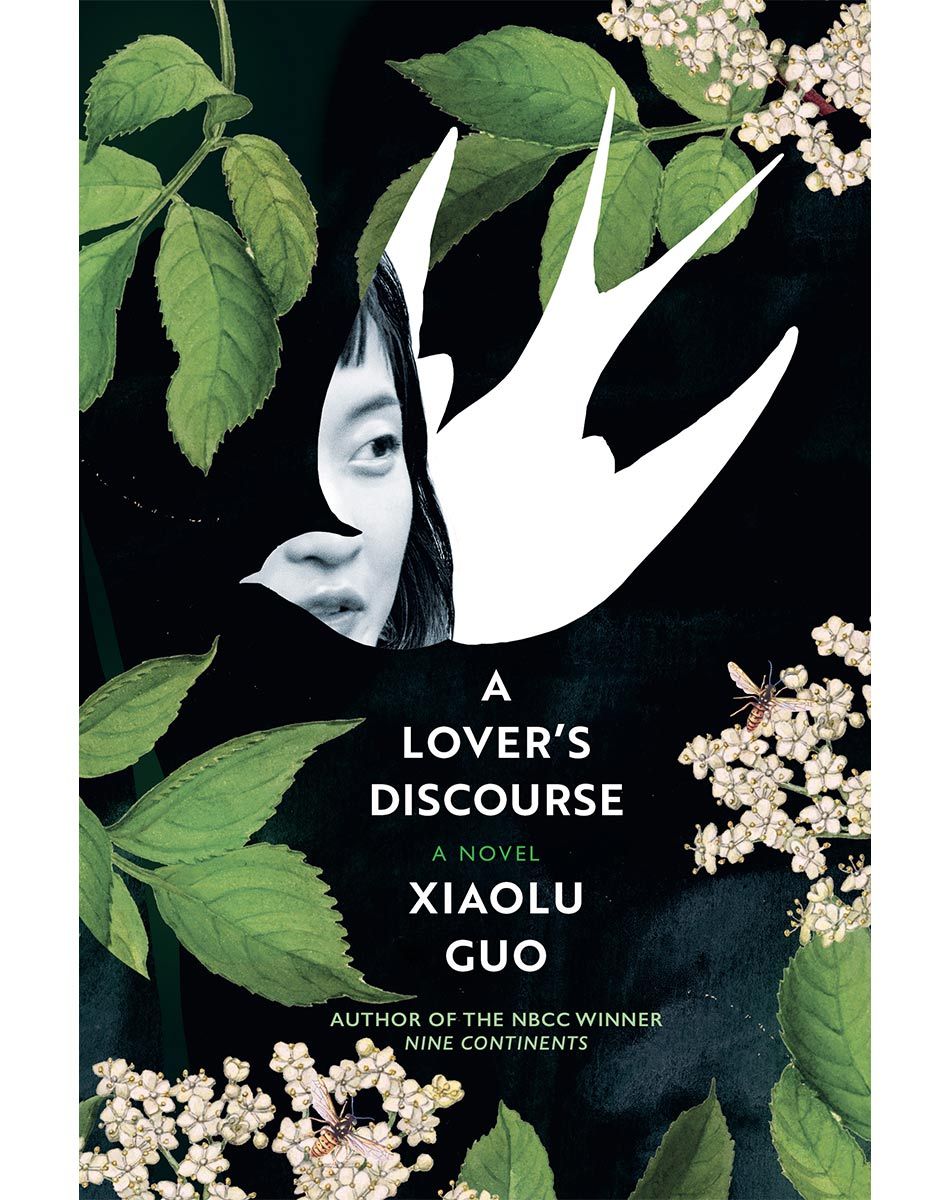 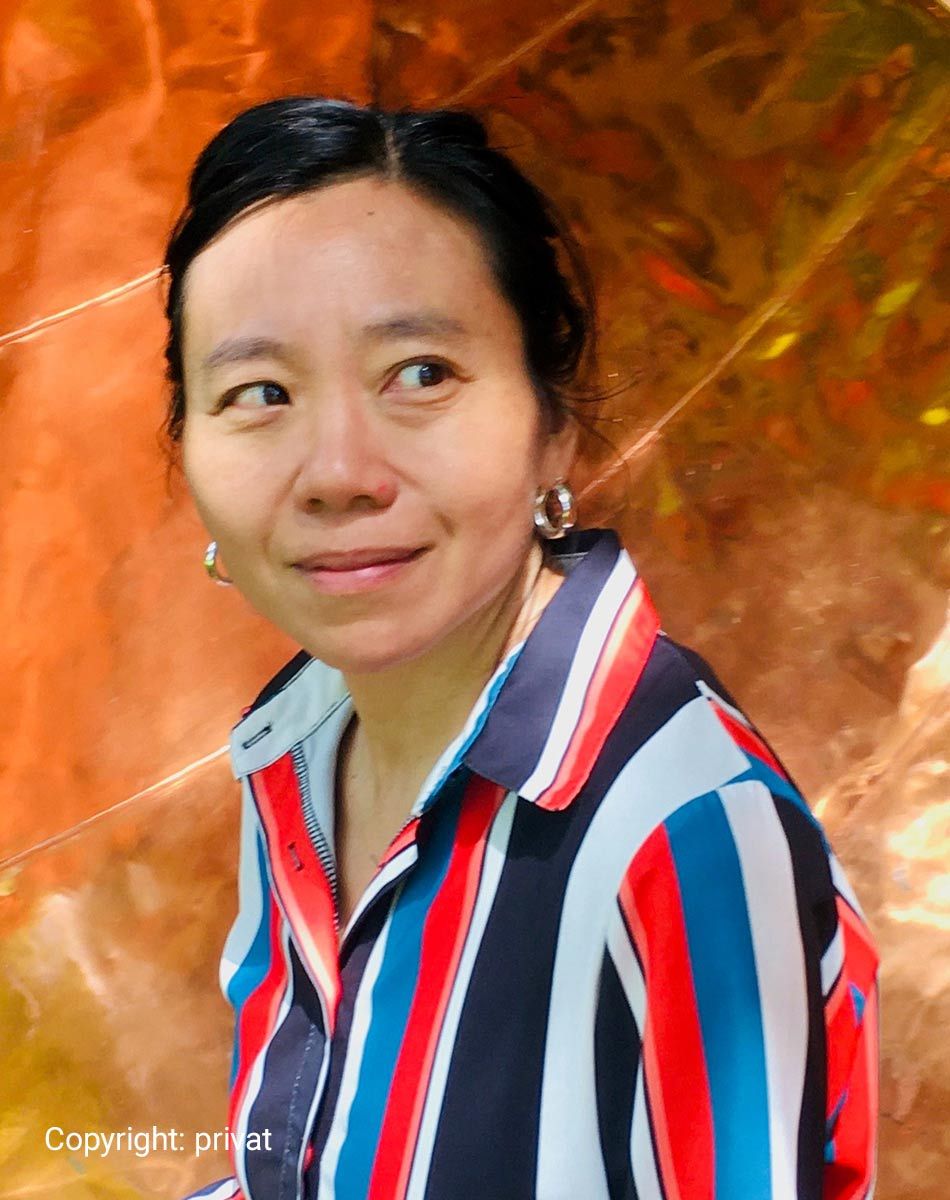 Both events are presented by the Samuel Fischer Guest Professorship for Literature in cooperation with the daadgalerie Berlin. Partners of #sfischerprof are Freie Universität Berlin, the German Academic Exchange Service (DAAD), S. Fischer and Holtzbrinck Berlin – Inspire Together.

"I didn’t know your name when we first met. No one introduced us. The only thing I remember is that you were picking roadside elderflowers."

This film is inspired by Walter Benjamin's essay "The Work of Art in the Age of Mechanical Reproduction".

A Chinese artisan, in Dafen village near Shenzhen, reproduces by hand Caravaggio's "John in the Wilderness" aka Saint John the Baptist. His studio is his home, and his family all participate in varying ways in the cottage industry of reproducing western art for western consumers.

In London, a Swiss Italian poet, unveils the Chinese painter's copy, which he has received as a 40th birthday gift. The poet sees a youthful image of himself in the work, but he fears the copy does not capture the real essence of the original. His philosopher friend, formerly an amateur painter, says he can repaint the copy. The film then follows the poet, the philosopher—repainting the copy—and two other friends, an Eritrean writer, who spurns all religion but yearns for artistic redemption, and a French photographer, whose nude wilderness self-portraits echo the Caravaggio masterpiece. Each friend has some link to the painting and its theme of wilderness and wandering.

The events in London are paralleled with a slice of life depiction of the Chinese artisan's family in Shenzhen, reproducing John in the Wilderness and dreaming of a better life.

After the screening, Giuliana Kiersz talks with film director Xiaolu Guo about working on “Five Men And A Caravaggio”.

Xiaolu Guo is the current Samuel Fischer Guest professor at the Peter Szondi Institute at the Freie Universität Berlin. She was born in China in 1973 and studied at the Beijing Film Academy. After publishing several books in Chinese, she moved to London in 2002 and has been writing in English ever since. Her recent novel is A Lover’s Discourse and her well known film is She, A Chinese which received the Golden Leopard Award at Locarno Film Festival 2009.

Giuliana Kiersz is a writer, playwright, and artist. She was born in Argentina in 1991 and is currently based in Berlin. Her plays have won the X German Rozenmacher Prize; the third prize in the 15th National Dramaturgy Competition: and Maison Antoine Vitez's translation prices in 2020 and 2021. Her texts have been translated into English, German, French, Portuguese, and Tsosil and published by Rara Avis Editorial, Libros del Rojas, Fondo Editorial ENSAD, Editorial INTeatro, Espejo Somos, Libros Drama and Solitude Editions / Archive Books. 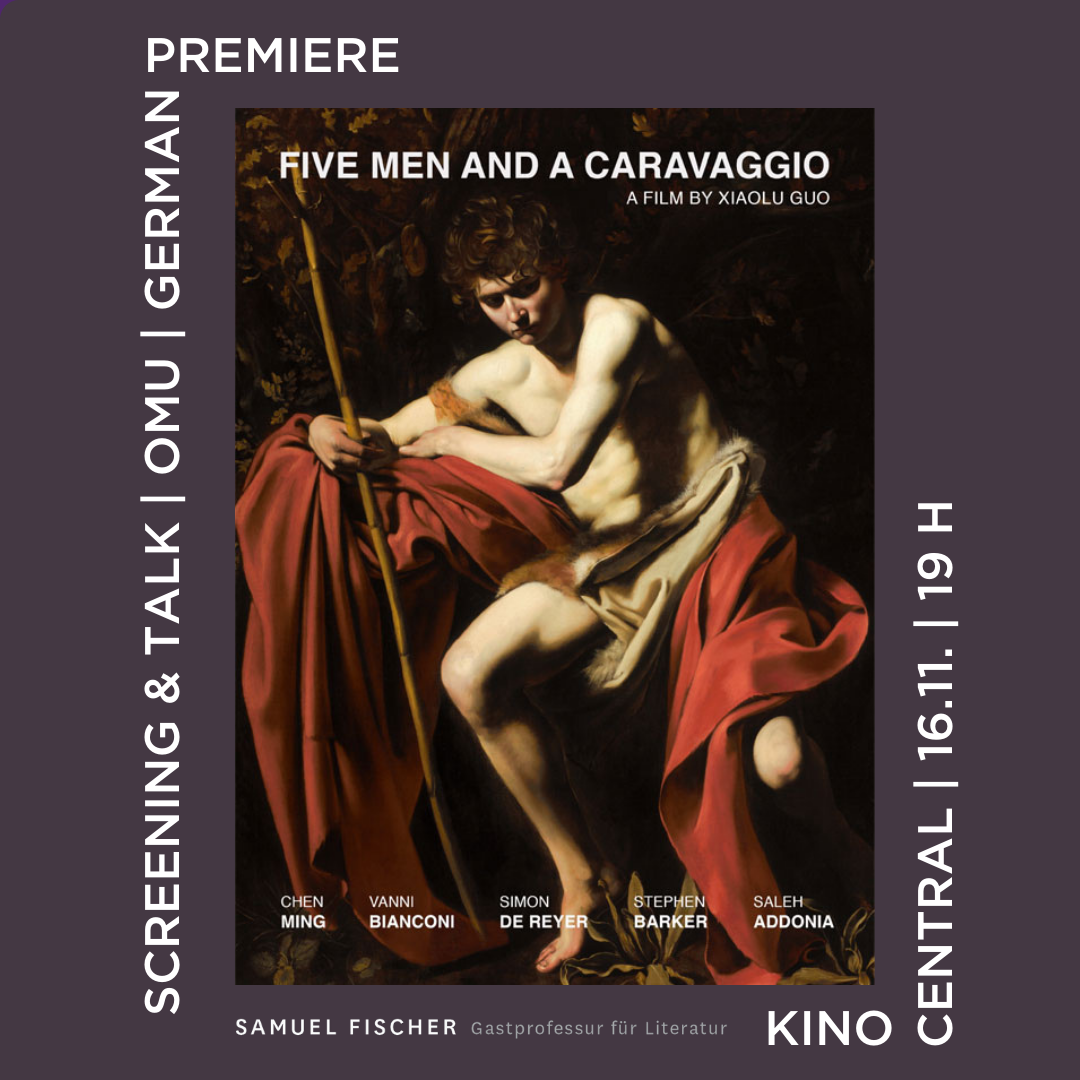 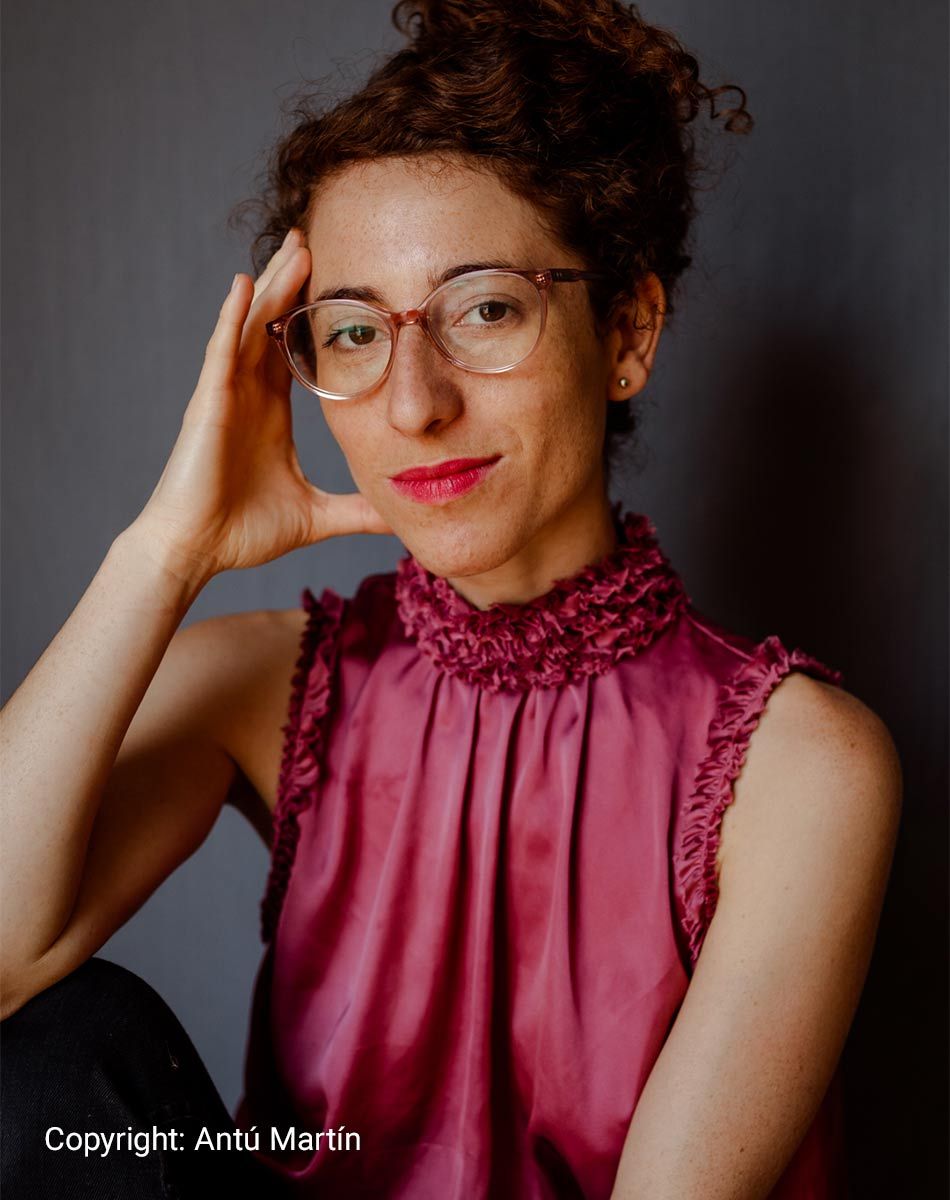 Literatures of the World

The Samuel Fischer Visiting Professorship for Literature was established on the initiative of Prof. Dr. Gerd Mattenklott at the beginning of the summer term 1998. It is funded by S. Fischer publishers, Freie Universität Berlin, the German Academic Exchange Service (DAAD) and Holtzbrinck Berlin - Inspire Together. Each semester an author is invited to teach at the Peter Szondi Institute of Comparative Literature. In addition to a seminar at the Freie Universität Berlin public readings and events with the guest professors are organized in Berlin and other German cities. 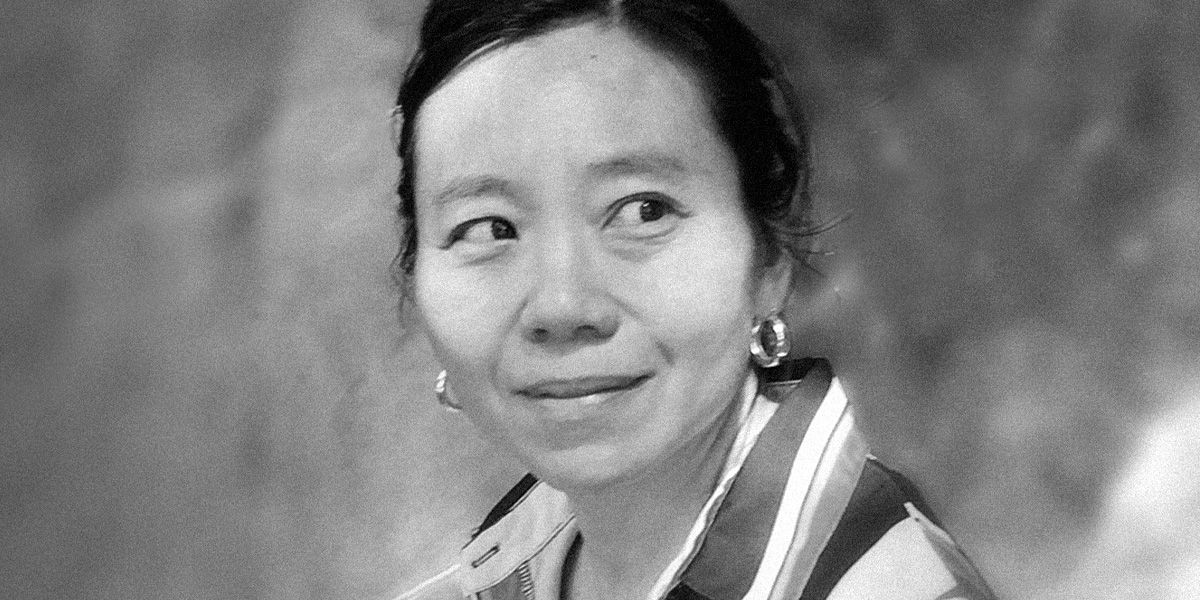 On November 30, Xiaolu Guo and Divya Ghelani discuss craft, language, humour, and home in Guo's novels and share personal experiences as writers. The conversation takes place in English at daadgalerie Berlin. Register now for the event.

On Becoming A Feminist: Writing Here And Now

A conversation between Lina Meruane (Chile-USA) and Priya Basil (UK-Germany) about how increasing attention to female characters in their early fiction made them aware of gender troubles and about how, later on, becoming feminists influenced their non-fiction writing. Conversation in English. Click here for the recording on YouTube.

The 20th FIND took place in Berlin from September 29 to October 10! Part of the festival is the Schaubühne production »Qui a tué mon père« (»Who killed my father«) by our former Samuel Fischer Guest Professor Édouard Louis, which Thomas Ostermeier brought to the stage together with the author. In this production, Éduoard Louis was on stage for the first time as a performer of one of his texts.

On Becoming A Feminist: Writing Here And Now

Lina Meruane in conversation with Priya Basil at Literaturhaus Berlin

Dorothee Elmiger in conversation with Florian Werner at the daadgalerie